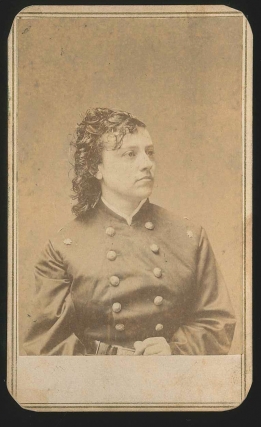 How can a bookseller catalog material by members of underrepresented groups without further entrenching the white male bias in bookselling? That is the question this essay will explore. It's a work in progress, a way of working out ideas by writing them down.

Last year a woman came into my shop (this was before Covid-19), looked around, and commented to me, "You don't have many women in here." I protested a bit and showed her some examples, but the statement was essentially true. Most of the collections I have bought over the years were assembled by men and they mostly collected books by men.

At an estate sale recently, I overheard a bookseller I respect saying to the sale manager, "I'm looking for books by, for, and about women. Not all of this Americana." I asked her about that on the phone later and she said explained that dealers think of Americana as what men did and that people don't pay much attention to what women were doing at the same time.

This gap in collecting, both by individuals and to a greater extent institutions, is being filled today by booksellers like me who have found a market for material by, for, and about women, as well as other underrepresented groups, Black Americans, Asian Americans, Mexican and Latinx Americans, LGBTQ people, etc. Some institutions refer to this as retrospective acquisitions, or filling in the holes in existing holding, like adding the carte de visite (CDV) photograph of the Civil War spy Pauline Cushman (shown here, but sold) to a collection of CVDs of Civil War soldiers.

Broader interest in these subjects is good, but it poses a problem. Focusing on the achievements of, say, women or on Black writers only further emphasizes that they are being given separate and inherently unequal status. They are women aviators not aviators or Black novelists, not novelists. This week, I received digital catalogs from two booksellers devoted to women and not one designated as by men, yet most of the catalogs I get (and issue, frankly) almost exclusively contain material by, for, and about white men, but no one mentions it.

As an example of this, consider the listings for books by the American Nobel Prize-winning author Toni Morrison. On the Antiquarian Booksellers' Association of America (ABAA) website, there are 191 listings (as of Sept. 20, 2020), and one quarter (54 of 191) mention that she is African American. Not one of the 888 (as of the same date) listings for books by Ernest Hemingway mention that he is white (and I checked every book that used the word white in its description), yet his whiteness is as much a part of his identity and writing style as Morrison's Blackness.

In his essay "The Literature of the Negro in the United States" (1957), Richard Wright confronts a similar conundrum. He describes how W. E. B. DuBois, Booker T. Washington, and other Black Americans fought for equality and secured investments and support from sympathetic white people. "But the irony in the efforts of these Negroes was that the gains they won fastened ever tighter around their necks the shackles of Jim Crowism. For example, every new hospital that was built was a Negro hospital, a Negro clinic, a Negro school... Instead of racial segregation lessoning, it grew, deepened, and spread."

Every time booksellers call out works by women or Chinese Americans or Muslim immigrants, we simultaneously make them more visible and more separate. The rest of this essay (to be written), will explore ideas for ameliorating, but not resolving, this conundrum.