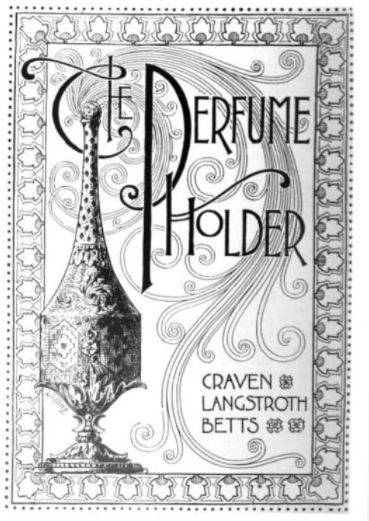 Like many booksellers and collectors, I have been interested in the origin and history of the dust jacket. For some years, I have been collecting contemporary references to jackets. I'll use this space to catalog them.

"Tanselle" Book-Jackets: Their History, Forms, and Use (Charlottesville: Bibliographical Society of the University of Virginia, 2011) and the catalog list of 19th century dust jackets therein.

*** "Principles of Art Applied to Domestic Use" reprinted from The Athenaeum in the Buffalo Courier, 20 August 1844. This reference to printed book wrappers appeared in an article about interior color choices in homes. The author's meaning is hard to parse. In the 1840s, most books were bound in plain cloth and no American dust jackets from this time period survive, although a small number of cardboard sheaths are known. Most likely, the reference to "books" is actually to pamphlets in printed wrappers, though as ephemeral items, introducing them into an essay about interior decorating is an odd choice.

"We see these effects strikingly illustrated in book wrappers. Black letter-press is applied indescriminately to red, blue, lilac, green, and yellow covers. A publisher of taste would do well to consider how much the purchase of a book is affected by the impression it makes."

*** "Edge Guards, Cases and Slip-covers" in The American Bookmaker, March 1892, p. 84–85. Refers to dust jackets as a "cheaper kind of slip cover" and also describes the practice of cutting away part of the jacket to make the title visible. It also describes cloth jackets and details the packing process for gift books.

"For miscellaneous volumes the cheaper kind of slip covers now have the book's title printed on them instead of cutting the paper as heretofore so that the title would show through. A buyer is thus enabled to retain the protecting wrapper for a longer time, it not being so quickly torn as when cut across its back.

"Gift books or beautifully printed illustrated and richly bound collections of stories or poems, éditions de luxe of standard literature and the better class of modern works ... have of late been furnished with durable slip covers, trimmed evenly with the top and bottom edges of the volumes they shield and neatly folding over the thumb edges. Occasionally these slips, which are of vermilion, gray, violet, olive, or gold silk cloth lined with heavy white paper, or of suitable tints of reversible book cloth similarly lined, are title stamped in gilt, silver or black, as best harmonizes with the ground color. When lying on a table or placed upright on library shelves, they present an equally handsome appearance with the ornately bound volumes which they inclose. In packing these showy volumes they are separately put with their slip covers into paper boxes or in tissue wrappers between cuttings of waste strawboard or tar board, fenders of thinly shaved poplar or whitewood being also common: after which they are bundled in touch manilla or hardware paper. "

*** "Slip Cover Stamp" in The American Bookmaker, January 1892. Illustrates and describes the dust jacket for Craven Langstroth Betts' The Perfume Holder (Tanselle 91.60). "In the edition copies this embellishment is stamped on a wrapper of fawn colored Windsor parchment, its title in dark maroon or peacock green; the oriental incense holder and borders and the wavy lines of perfume are printed in real Persian orange." The same design was printed on a slipcase. This is the earliest image of a dust jacket that I have found.

*** "The artistic develpment..." in The British Bookmaker, December 1892, page 129. Describes a dust jacket unknown by Tanselle from a publisher whose records make no reference to jackets until after 1900 (Tanselle 2011, p. 15). The description is somewhat hard to understand but I think it means that the jacket is printed with an engraving. The book itself is bound in brown cloth with the title in gilt.

"The artistic development of the inexpensive book cover has reached a yet further and a very interesting stage, as the cover of A Modern Romance (just published by Messrs Methuen & Co.) is an example. The stiff, ivor-hued hand-made paper wrapper is adorned with a decorative design in ivy-green, a patterning very fine and delicate, of interlacing lines and scattered fleurs-de-lys, while a graceful symbolical etching, by Mr Charles P. Sainton, finely printed on Japanese paper, is let into the front outer page, beneath the title. The effect is novel."

*** "Three volumes are offered by the Century Company" in The American Bookmaker, November 1892, page 158. Three books are described, but only one (housed in a box) includes a reference to a dust jacket (slip case). Because the jacket was over a book in a box, it is unambiguous that the publisher intended the jacket to be part of the original presentation. That the other books are described without a mention of the jacket suggests perhaps that the publisher did not include a jacket on the review copies and / or that the jackets might be binder's jackets, supplied to protect the book during shipping and not a feature designed by the publisher.

"The binding is in snuff brown cloth with rich gilt title stampings on both sides and in the centre of the shelf back the title page border being repeated. A slip cover of manilla paper has the same titling printed on it in bright orange while on the special paper box protects the volume from rough handling the letwood is in olive tint."

*** "Amateur Bookbinding" by Polly King in The Art Interchange, March 1895, page 66. This references home-made book covers sewn from cloth. It suggests the plainness of most 1890s dust jackets and also the many books sold without them to protect the book after it reached the bookseller.

"Although the question of slip covers does not distinctly belong to bookbinding, it is a branch of it which is so pretty and makes such an attractive gift that it deserves some attention. A beautiful slip cover for a prayer book was made of pale gray ooze kid with a cross wrought in Japanese gold thread on either side. And for a dainty bedroom, where glazed linen had been used for the pincushion, glove case, etc., slip covers of linen, embroidered in yellow with the owner's initial, were made for the books of daily devotion. These covers, cut like the common cloth ones of children's school books, take but little trouble, and if proper care and taste are used make one more of the many pretty things which heighten the daintiness and attractiveness of their possessor."

"...The City of the Sultans...with slip cover, in cloth case." Godburn (p. 140–141) describes a similar ad from 1899. This book, and others on the page, were gift volumes, with cloth dust jackets and slipcases or boxes. Other advertised books, described as bound in cloth likely had jackets also, but they were not mentioned.

Corey, Everett. "The Unusual in Direct Advertising: No. 1—Dust Jackets" in Postage, December 1918. Focused on the direct advertising for other titles on the jackets of books. Includes comments from publishers. Includes the following from Little, Brown:

"For quite a number of years it has been our [p]ractice to to use outside wrappers for our various publications. While originally planned to protect the binding of the book from soiling at the hands of customers while in the bookseller's hands, the book wrapper has rapidly changed its function to that of an exceptionally good advertising medium, as well as an attractive covering." (p. 7).