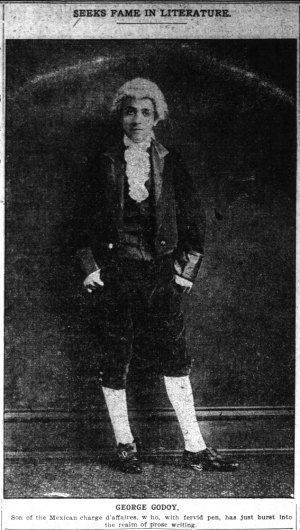 a work in progress

George, also known as Jorge, Godoy, was born in San Francisco on February 22 of either 1891 or 1892, depending on whether you believe his World War I draft card or his entry in Who's Who in America.

His parents were José Francisco Godoy and Adela Perrin, both natives of Mexico. His was a literary and diplomatic family. His grandfather was a Mexican newspaper editor and later the Mexican consul in San Franciso. His grandmother, a native of Louisiana, was California's official state translator in the 1870s and wrote under the pen name "Americana." His aunt was an actress who translated a novel from Spanish into English. One of his brothers wrote plays. A sister published a childhood memoir in 1919.

Godoy's first pubished work may have appeared, along with a large photo, in the July 12, 1908, issue of the Washington Post. The newspaper printed two poems, "The Unfortunate Lover" and "I Saw Her", and a short story, "Love or Country."

Godoy published poems regularly in the New York Herald, first as a contributor to the paper's World War One sock-poem promotion, and then regularly after the war ended. He also wrote articles on US-Mexico issues for the Washington Post.

While George Godoy was definitely a minor poet, his first two books precede Tropical Town and Other Poems by Salomon de la Selva (1918), which is frequently cited as the first book of English-language poetry from a US Hispanic writer. 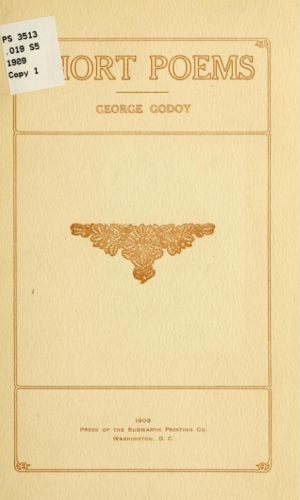 Uncle Sam and His Latin American Nieces, 1920. (Announced by not published?) 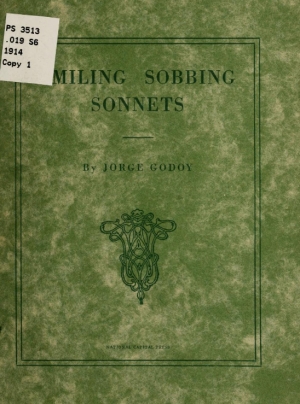 Ensueños by Reina Danciger, translated into Spanish by George Godoy. (N.-pl.): (n.p.), 1946. A posthumous Spanish edition of Day Dreams. Reina Danciger (née Guerra) was probably a Latina. She died in 1943. Her husband, Jack Danciger, was a Texas oil man. Their daughter, Ruth Dancinger Guerra de Soler, died in a car accident in Cuba in 1955.